Team 2637 aims to develop a sustainable and diverse FRC team that educates and inspires all generations to learn about Science, Technology, Math, Engineering, and innovation.

Team 2637 was founded in 2008 as a club at PVPHS.  In its rookie year, the team won the Highest Rookie Seed Award at the FRC Los Angeles Regional.  In 2014, Team 2637 won the Creativity at the FRC Central Valley Regional.  In 2016, the team was a Finalist at the San Diego Regional competition and thus received a wildcard entry into the 2016 World Championships in St. Louis. In addition, the team was awarded the Excellence in Engineering Award, selected by the eighth alliance, and qualified to quarterfinals. In 2017, the team was a regional winner at the Las Vegas Regional, qualifying the team for the 2017 Houston Championships. The team was selected by the fourth alliance for elimination rounds, and qualified to the semifinals. During the 2019 competition season, Team 2637 won the Entrepreneurship Award at the San Diego regional competition, and at the Aerospace Valley regional competition, won the Spirit Award and won the regional champion award alongside teams 1678 and 3476, qualifying for World Championships in Houston!
Methodology
1.  Allow students to explore all areas of education and to work with mentors to share and apply knowledge of engineering, business, and leadership skills through a fun, hands-on experience. Develop skills in leadership, collaboration, communication, planning, fundraising, and public relations, to simulate the environment of a competitive business organization. Students will depart Team 2637 inspired to pursue STEM in their careers and prepared to handle whatever demands are placed upon them in their education and careers.
2.  As a team, members work collaboratively towards a common goal of designing, building, marketing, and operating a competitive robot in a business-like environment while supporting the ideals of FIRST.

T​he robot is a collaborative effort between the Palos Verdes Peninsula Unified School District, Palos Verdes Peninsula High School, the faculty advisor, coaches, mentors, financial supporters, volunteers and students.  These contributors all provide structure and guidelines, which allow the team to efficiently function, in addition to allowing effective designing and building of the robot.

This is the chart that describes our team organization and how actions are processed throughout the team. 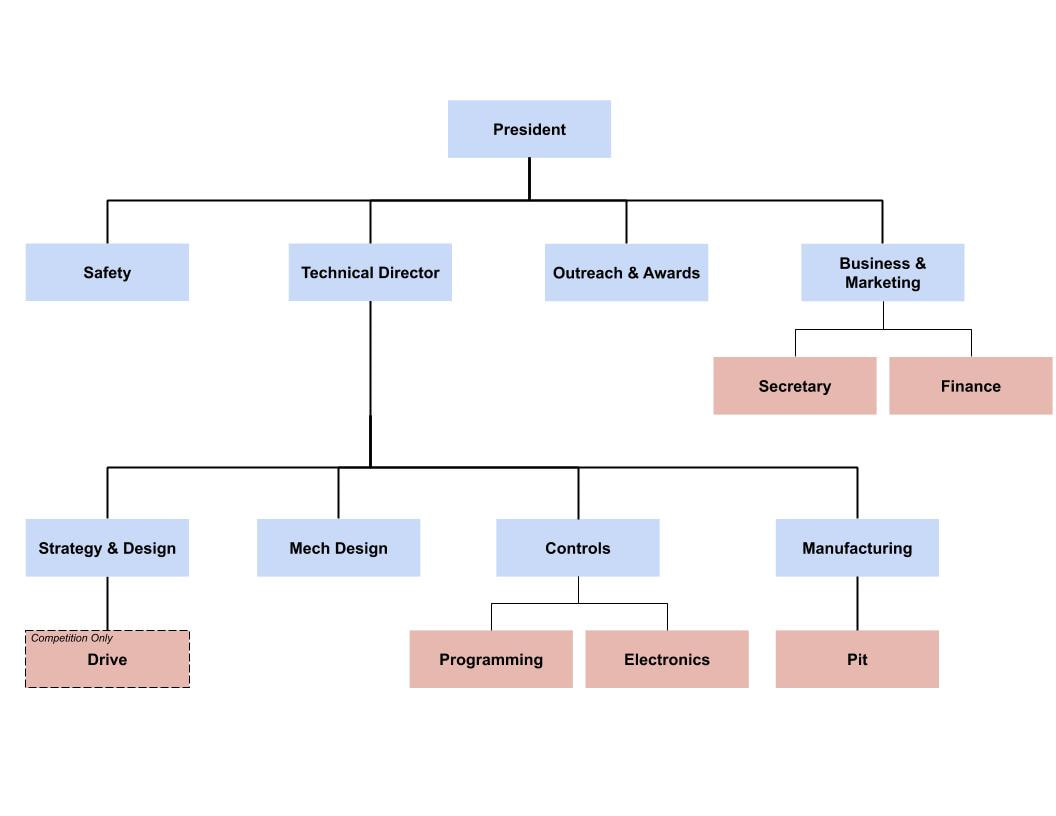